Three Reasons A Freemium Model Would Never Work In Housing

It’s been just over a fortnight now since I published a blog talking about the possibility of how a freemium model would work within the world of housing associations. Judging from the discussion it generated on my Twitter feed it would appear that the housing sector is perhaps not ready for an open and real discussion about how we might benefit from different business models. Sadly though, I think that unless the sector actively chooses this conversation then we will ultimately find ourselves losing control of the discussion and having innovation imposed upon us. An even scarier thought is that acquiescence might hasten the return of regulation, thus strangling our ability to innovate.
In short, the way I see a freemium model working is quite simple. Based on a similar principle to Dot Dot Dot’s approach we could use some of the homes that we currently have empty within our stock to provide a first step home for people who were unable to pay. These people might have been recently released from jail, they might be people with poor credit ratings, they might be homeless. They would be able to live in the property in return for their guardianship of it during maybe a six month initial period. Their occupation might even be tied to a level of community volunteering. However, they would live in the house rent free. After the initial period we could then look at them graduating to other homes within our stock, or onwards into the private market.
In discussions on this topic since I published the blog I’ve found three main objections to the freemium idea.

1) It would provoke community resistance

There’s no doubt that it’s a tough sell to the people who aren't getting free houses. How do you respond to people within the same community, aggrieved that someone in their midst is getting free rent? Is there perhaps a way to engineer an increase in supply of empty homes beyond a housing association's own void portfolio that could be used in this way so that they too could be offered the same deal? It would need to be in a property that had the basics but in November 2012, 710,000 empty homes were empty in England of which 259,000 were long-term empty (meaning they have been empty for more than six months).
2) People should be able to access more permanent housing solutions, not rely on temporary ones

Yes, they should, but they can't. And for the many currently excluded from permanent social or private rented housing this solution would be useful. These are the people who would struggle to either afford or arrange a conventional letting procedure. These are the people who are falling through the cracks currently – the idea of giving them a platform on which they could build, while developing a further stream of potential customers for us in the future has to be an attractive thought.
3) You can’t give houses away for free

There’s an argument that’s hard to disagree with - that organisations don’t generally do well by giving away their main product for free. That’s true and the freemium approach wouldn’t work for all the stock in a housing association’s portfolio. However, while we have a number of properties that remain empty, no matter what we do, they aren't generating an income. They can though be used in a way that reduces costs and which generates a non-financial return. Looked at in a social value way, the economics are not so mad.
Innovation around the use of empty homes has a long tradition within the sector - short-life housing was once officially recognised (and funded) through the Housing Corporation; but it's always been at the margin. Does the severity of the current housing shortage mean it now deserves its place within the mainstream?


This post was first published on Inside Housing
Posted by Matthew Gardiner at 09:00 No comments: 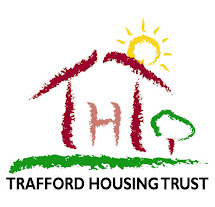